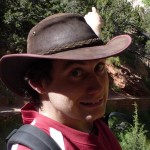 Laser to to reduce scaring from laceration in young child?

What laser parameters (frequency and intensity) would be appropriate to help promote heeling of scar secondary to reduce scar formation secondary to laceration in a young child ~ 3 years. Stitches have been removed and wound is closed and healed.

Hello Ronald. The papers cited by Prof Watson may be all you need. However, do keep in mind that if you do not have access to the types of laser reported in these papers (power, wavelength and device aperture matter a lot) you might not be able to match the results claimed by the authors. Park used a combination laser: I had access only to an 830 nm, 50 mW laser with probe diameter of 4 mm. I had good results (flattening of ropey red scars) using 30 J/cm^2 after 4-5 sessions. I applied the probe at touching points along the scar line.

There was a recent paper (which I put out on the Twitter feed) in which laser was employed post op to reduce the scarring effect (Park, Y. J., et al. (2016). "Prevention of Thyroidectomy Scars in Asian Adults With Low-Level Light Therapy." Dermatol Surg 42(4): 526-534) which some beneficial effects.

I have just checked the database and I have over 800 papers which in some way or another link the use of laser based therapies and their effect on scar / scar tissue. A lot of these are based on cell (in vitro) or animal studies and may not be immediately transferrable to the clinical setting. Lastly, this paper by Vranova et al (Vranova, J., et al. (2015). "Comparison of quality of facial scars after single low-level laser therapy and combined low-level with high-level (PDL 595 nm) laser therapy." Dermatol Ther 28(4): 201-209) might add some useful insight? Tim

Hi Ronald For open scars I suggest a gas LASER (e.x. HeNe 633 nm) and 4j/cm2 per point. A search in www.agfisicos.com can help using "scars LASER" as terms for search.